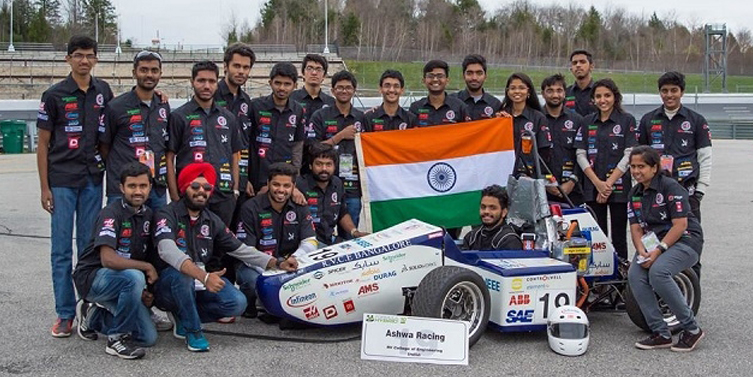 Team Ashwa Racing is a student Research & Development organization based out of R. V. College of Engineering in Bangalore. The team builds formula-style race cars and takes part in events organized by Formula SAE in India and around the globe, competing with some of the best universities in the world.

FSAE is a student competition organized by SAE International (previously known as the Society of Automotive Engineers). The competition was started in 1978 and was originally called SAE Mini Indy. The concept behind FSAE is that a fictional manufacturing company has contracted a student design team to develop a small Formula-style race car. The prototype race car is to be evaluated for its potential as a production item. Each student team designs, builds and tests a prototype based on a series of rules, whose purpose is both ensuring on-track safety (the cars are driven by the students themselves) and promoting clever problem solving.

Nagaraj S. Aithal is Country Manager for Habia in India:

– We are very happy to support the team. They are a dedicated and technically strong team who travel all over the world as great ambassadors for Habia when they participate in big events.

In the recently concluded Hybrid event held in the United States, Ashwa Racing bagged the 2nd position in the design as well as the project management sub-events and stood 4th overall among all the teams in the world. We at Habia wish them good luck in the future!

See the video about Ashwa Racing