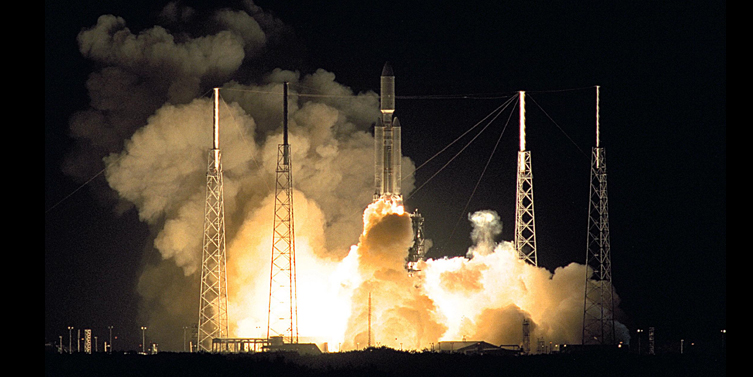 In 1997, the Cassini-Huygens space probe was launched from Cape Canaveral. After seven years it reached its destination: Saturn. Ever since 2004 Cassini has been orbiting the great planet, investigating the mysterious rings and the 53 moons.

Cassini has been one of the most successful space missions ever, and now, 20 years after launch, it is time for Cassini-Huygens' final mission.

The probe will certainly go out in style. On September 15, 2017, Cassini will descend onto the surface of Saturn. The atmosphere makes it impossible to keep sending signals to earth but Cassini will give out at the last moment before it enters below. Hopes are high that this last effort will provide even more breakthrough discoveries about Saturn and space. In the meantime, Cassini is orbiting Saturn every week in preparation for the final plunge.

For Habia it is the end of 20 years of service for our small but vital contribution to this mission. We designed a coaxial cable for Cassini-Huygens that has worked flawlessly all this time. So thanks to our team back in the days who made a great cable!